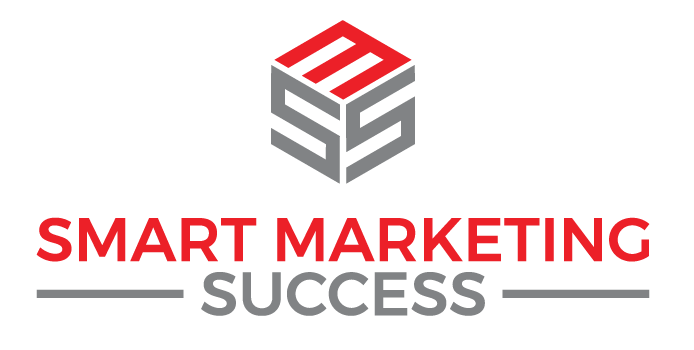 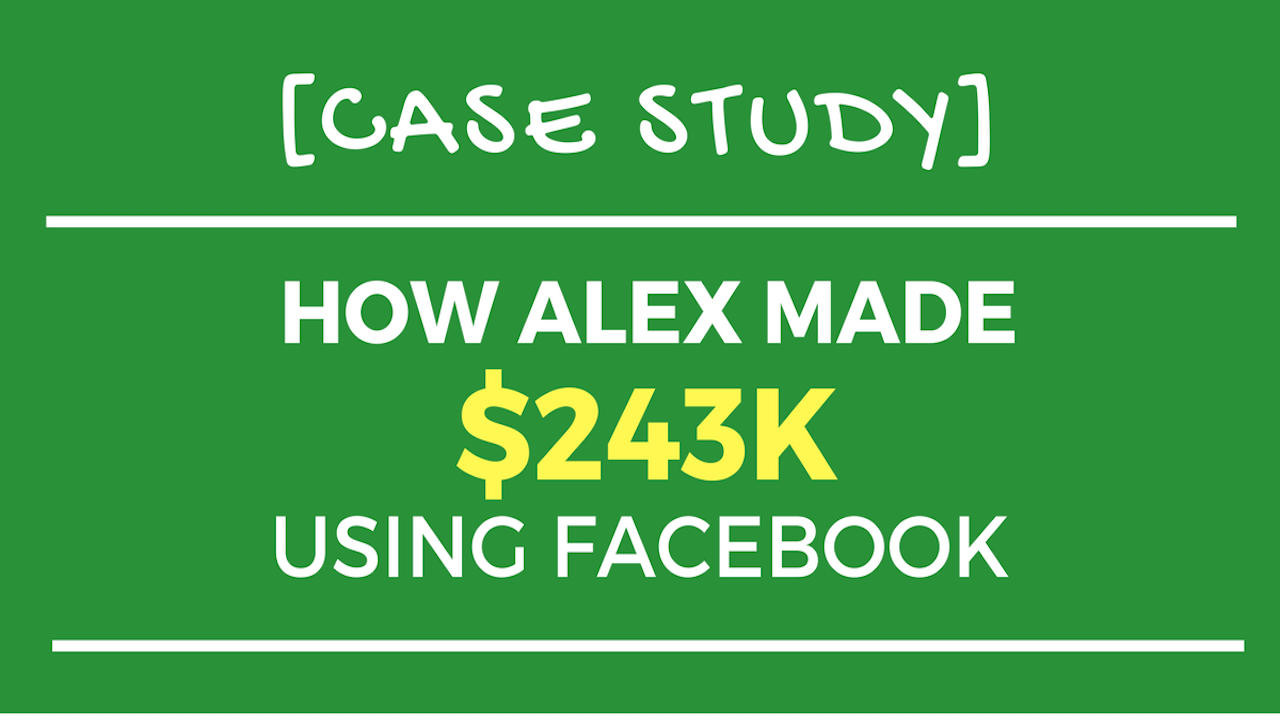 So suffice to say, I’ve convinced him of what I’ve known for years — that Facebook is THE smartest way to grow your...

The 2 Phase Plan To Get Targeted Leads Using Facebook Video 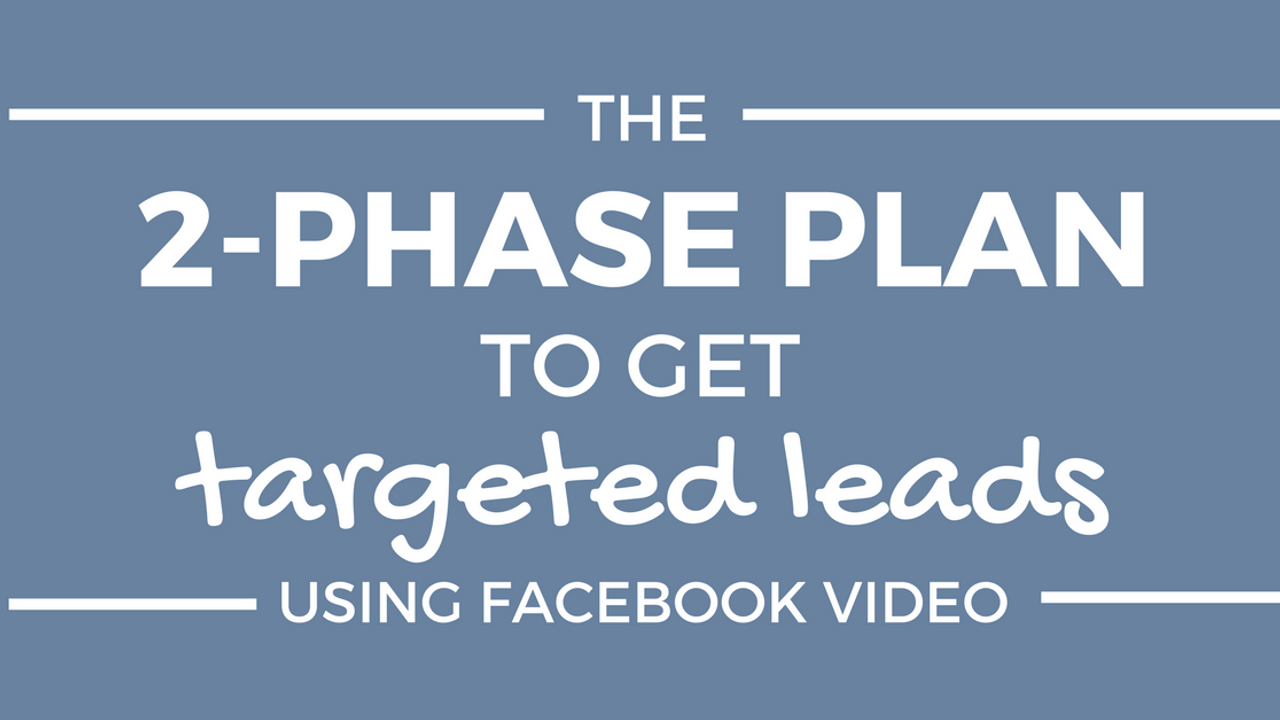 But most people waste money with Facebook video ads.

I’ve been helping clients get results with Facebook for over 10 years and almost all of them come to me saying “Facebook video just doesn’t work for me.”

They’ve written a loose script. They’ve hit “record” and filmed themselves. They’ve posted the video on their page. Maybe they’ve even boosted a post.

But no big engagement, no new leads, and definitely no new customers.

So they throw their hands up and say “Andrew, look. I tried video. And it just doesn’t work.”

I hate it when people say this because Facebook video ads are THE smartest marketing investment you can make right now.

But unless you understand the difference between the two types of video ads,... 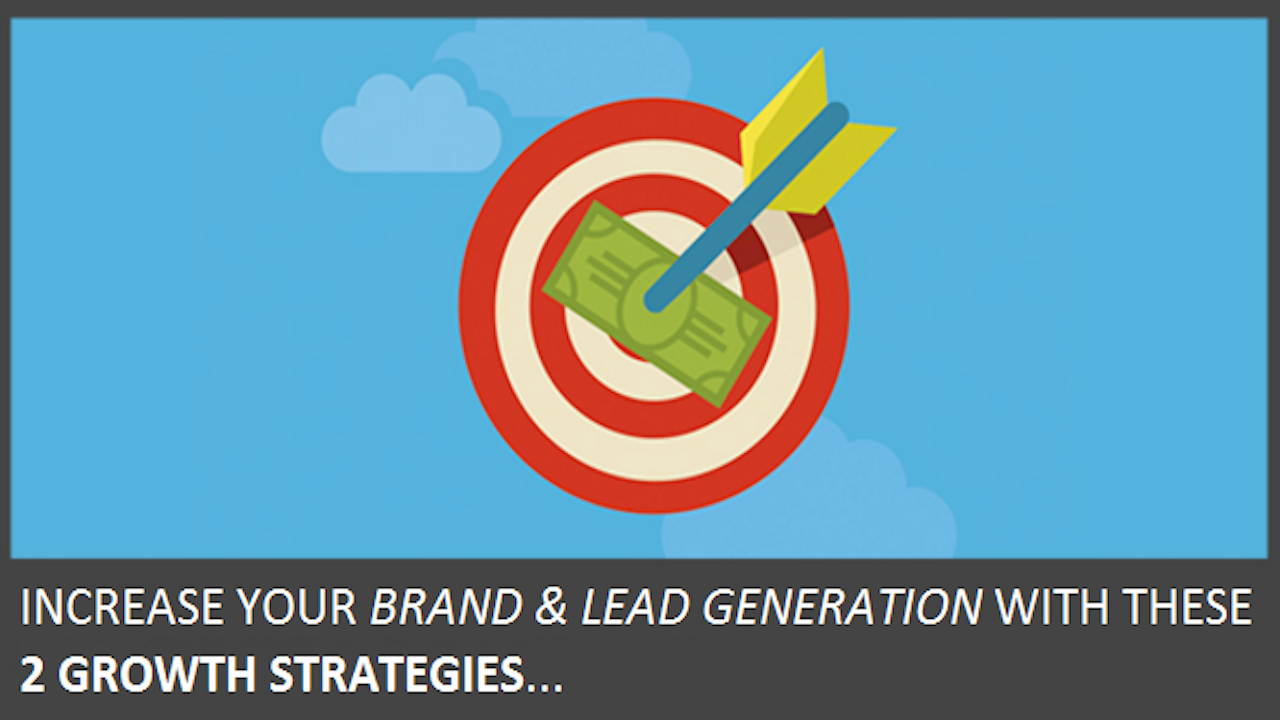 This resource is specifically designed for those unfamiliar with how to increase their brand and get leads using Facebook.

So many business owners believe that their Facebook posts are going to magically flood them with enquiries.

Most come out of the gate swinging… they set up a brand new Facebook page, post something on their page every day… and then… crickets… and worse… they stop because it doesn’t work…

And all of this can be avoided when you start to understand the concept of:

Front Stage, and Back Stage

You see, just like watching a theatre play, there is the front stage… the performance, that everyone enjoys for entertainment… they love what they see, feel good, and it keeps them coming back for more.

The backstage of course… no one sees what goes on…this is where the real work happens to bring the performance alive!

How To Write A Follow-Up Email That Gets Results 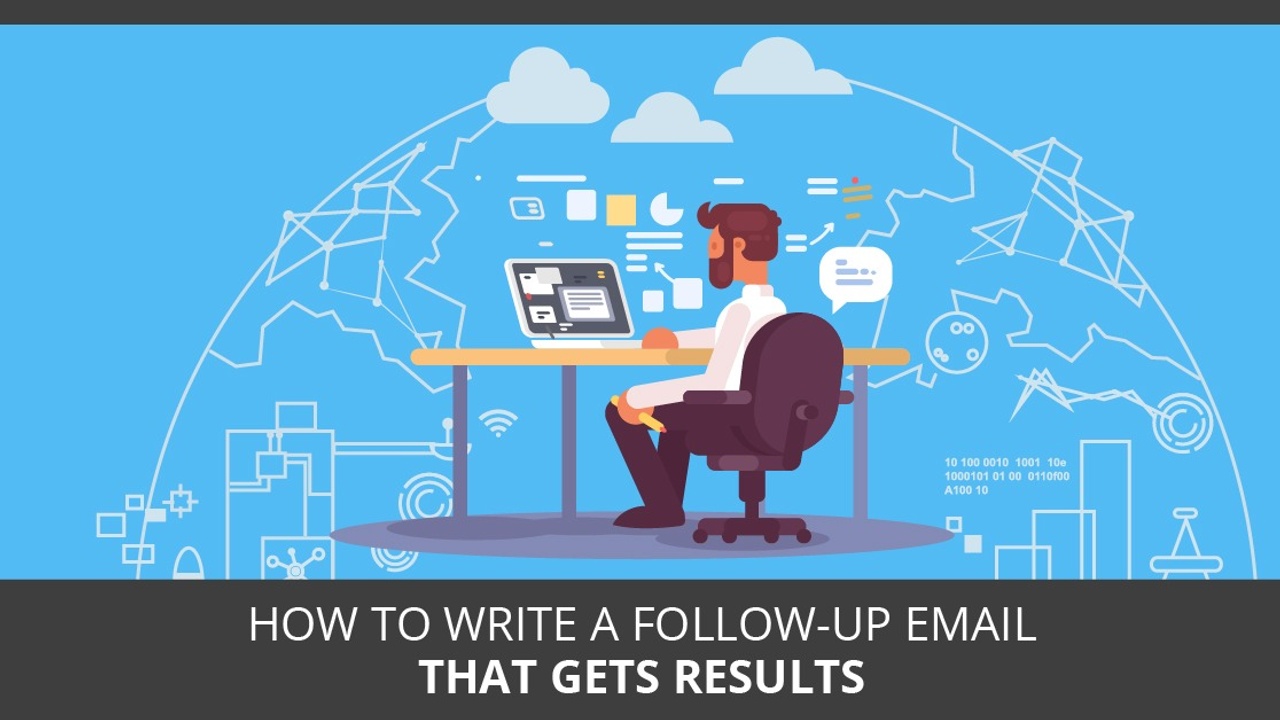 How about affordable, scalable, and powerful?

If you’re into those concepts…

Then email marketing is the strategy for you.

eMarketer says, “Email marketing is a double win for customer acquisition and retention”.  And according to Campaign Monitor, for every $1 spent on email marketing, $44 is made back in returns.

I’m no mathematician.  But even I can calculate that’s a whopping 440% ROI!

Not to mention, all you need to send an email is a computer or a mobile device, an internet connection, and knowledge of the English language.

So what do you do with that opportunity? How do you write an email that actually gets results? Before you write your email…

A great follow-up email starts with one simple thing: knowing your prospect.

You need to understand exactly what they want, need, and struggle with. Otherwise, how can you... 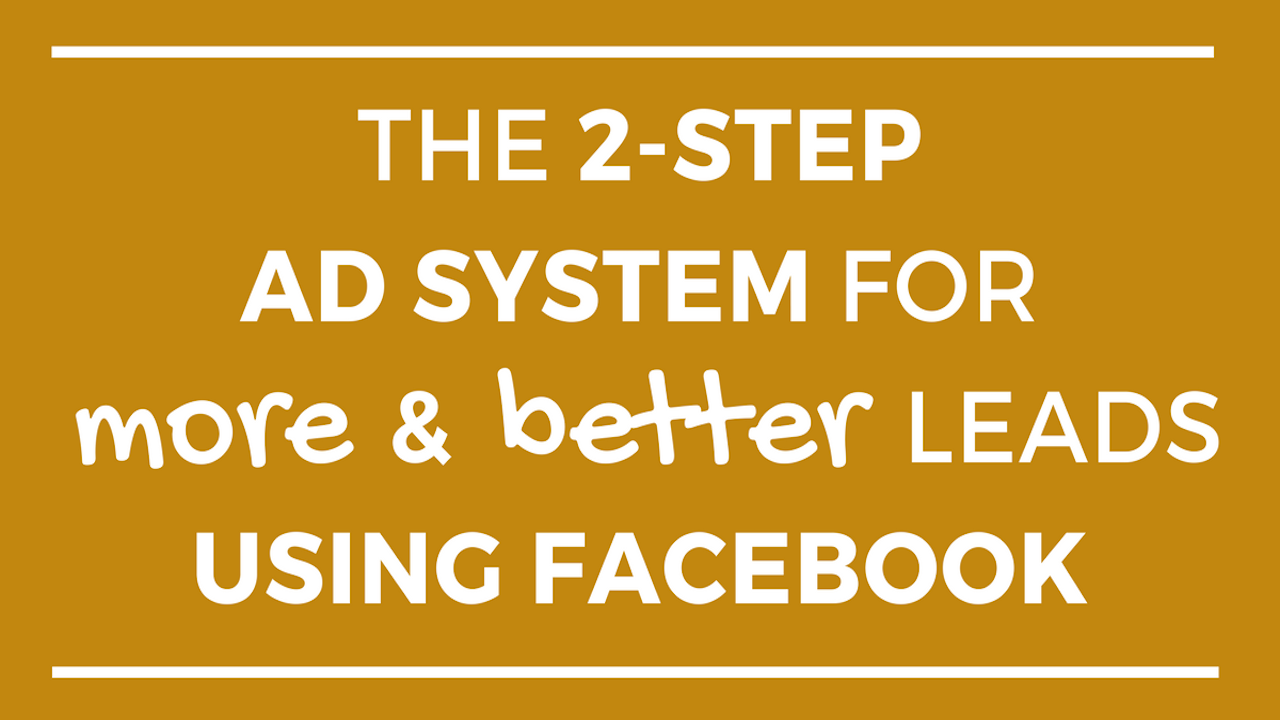 Imagine you just met someone at the bookstore.

(Or cinema, or bar, or wherever you like to hang out.)

You start chatting. Conversation is easy and fun. After a few minutes, you think “hey, this is really nice. We seem to have a lot in common and I’d like to know more about this person.”

And just when you think the object of your affection is going to pull out their phone and ask for your number…they whip out an engagement ring.

WHAT?! Are you crazy? You’d go running for the hills.

I often make the analogy between Facebook ads and a marriage proposal because both centre on the same idea: you need to ask when the moment is right.

Ask too soon and you’ll freak out your leads and lose them. Yet that’s the exact mistake so many business owners are making with their ads. When are leads ready to say...

How Much Should You Spend To Acquire A New Client? 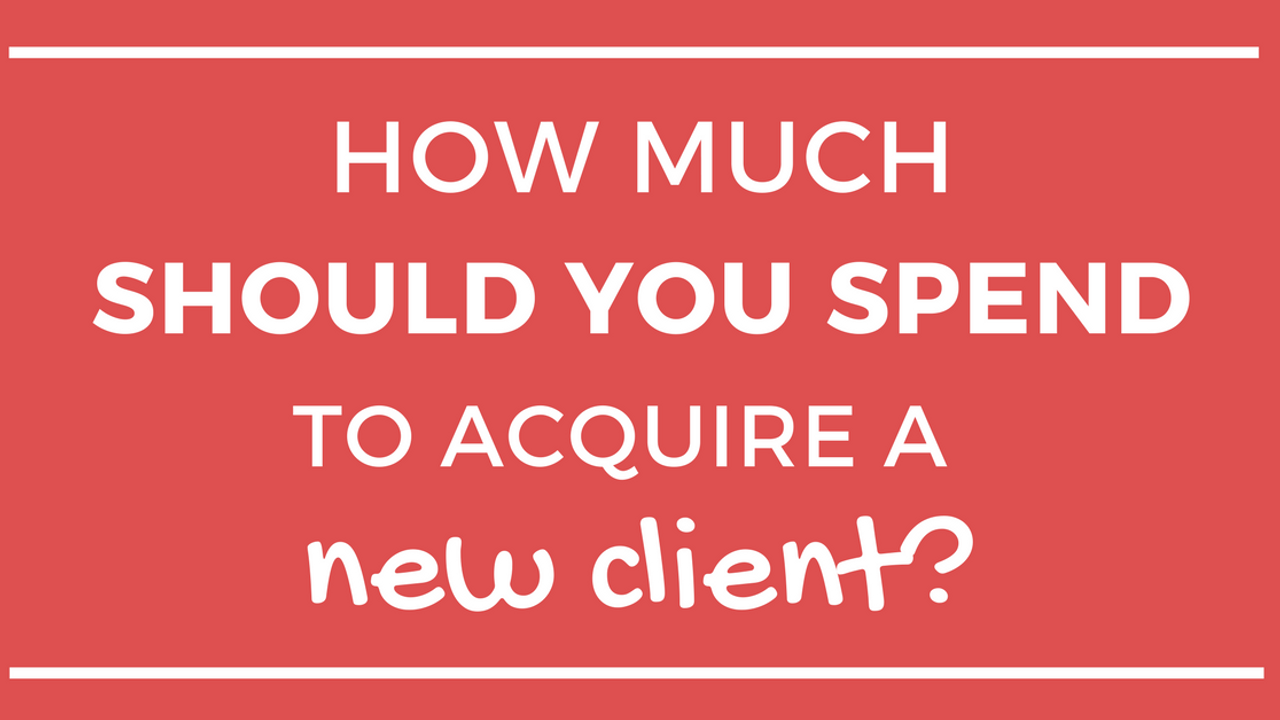 Answer this question for me:

Most business owners would answer that in one of three ways:

But that’s not how I’d answer it…and neither would the most successful people in your industry. We’d look to something else entirely.

As a business owner, knowing your numbers is the most important thing you can do.

Knowing your numbers allows you to operate like an engineer — to make informed decisions and smart adjustments based on what the data tells you.

If you don’t understand your numbers, you’re living in what’s called “hope marketing”. Without tangible data, you’re just guessing. And none of us want to guess when it comes to our income.

Even the most well-intentioned number crunchers can fall victim to a huge mistake when analysing the data…costing them revenue, clients,... 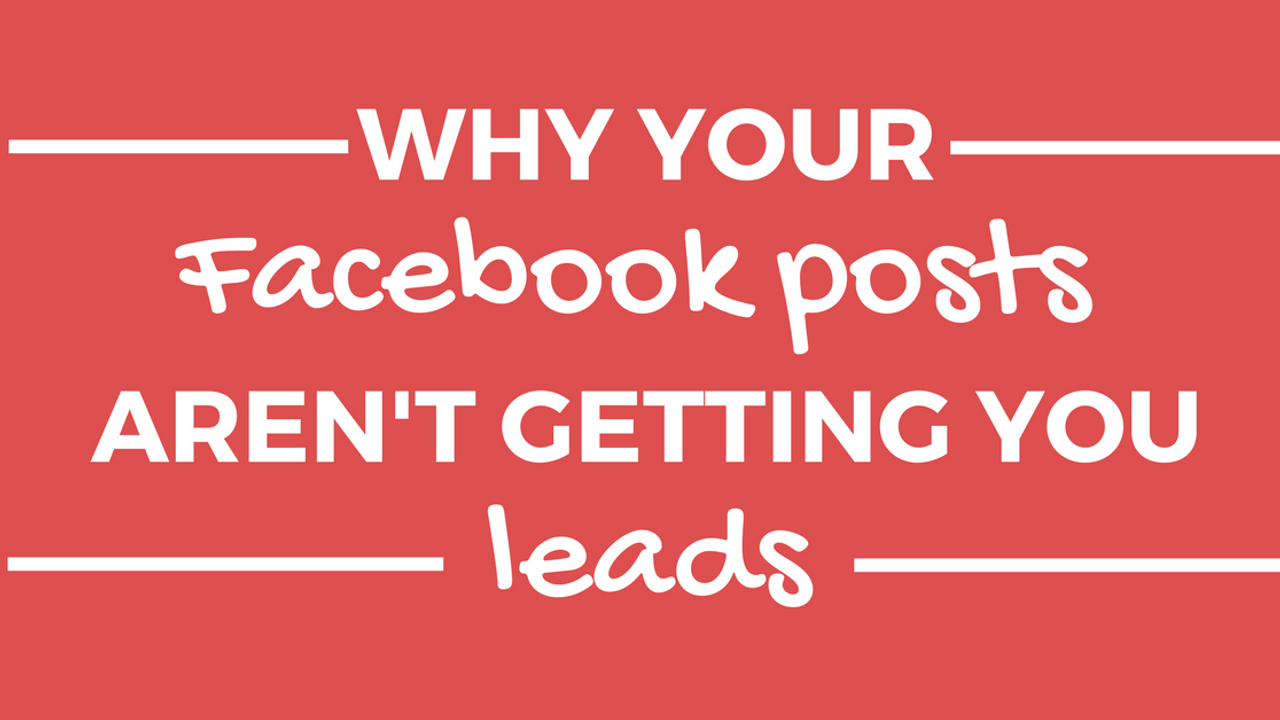 Let’s talk about the elephant.

The one that’s standing over there.

In the corner of the room.

Giving us the side eye.

Because that elephant is the reason your Facebook posts aren’t getting you any new leads.

He’s also the cause of a common misconception about posting on Facebook — one that’s responsible for thousands of business owners posting, posting, and posting some more…and getting frustrated when they don’t see any new leads coming through the door.

So let’s jump right in and pick apart that elephant, as the saying goes, one bite at a time.

Well….the short answer…because that’s not what posting does.

It’s kind of like asking “why isn’t this strawberry making my hair grow?” Because there’s no causation. One simply doesn’t relate to the other.

The elephant has been whispering in your...

The New Facebook Ad (and supertool!) Top Marketers Are Using 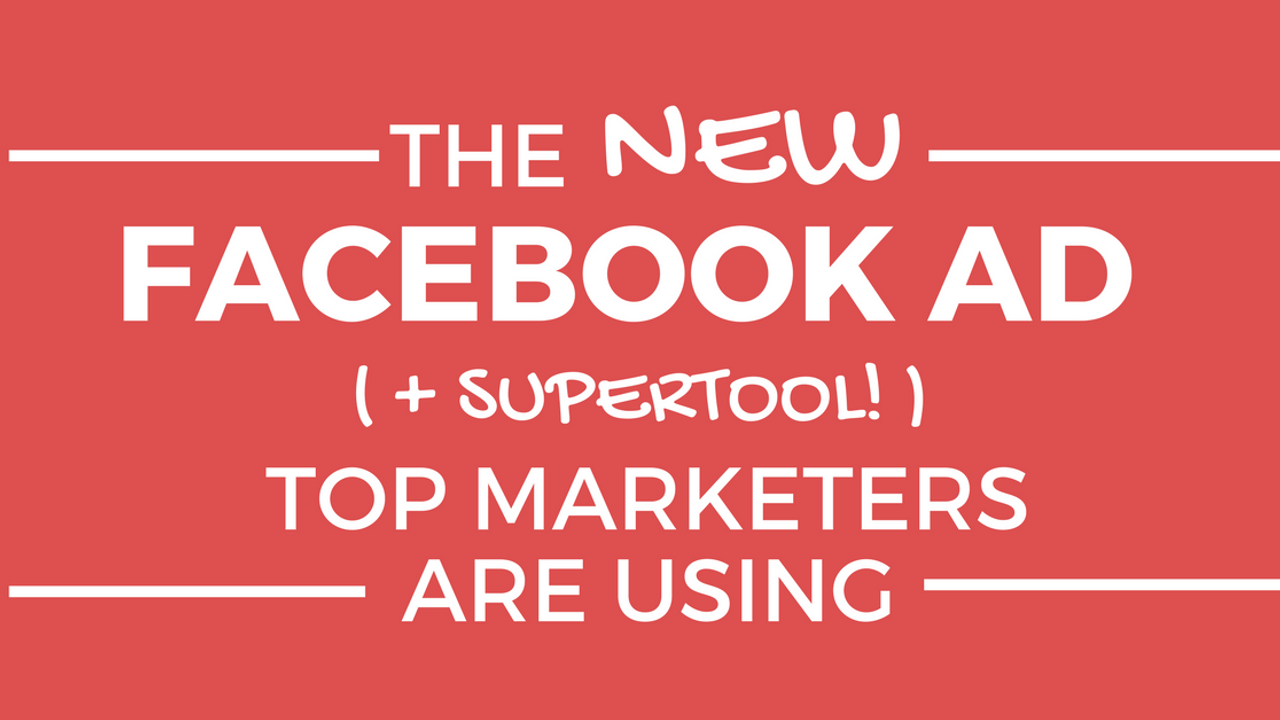 …when it comes to the latest Facebook marketing trends.

Just about every day, I’m learning new strategies to:

So it’s not every day that I discover something that really knocks my socks off.

Recently, I learned a new strategy that left me barefoot. (Get it? Because my socks were knocked off? Is this thing on?)

A few weeks ago, I had a really good chat with my friend Stu McLaren. If you don’t know Stu, he’s followed by over 120K people on Facebook and has built multiple seven-figure businesses.

So when Stu talks strategy, I stop what I’m doing and listen.

He told me how a new type of Facebook ad was blowing up his business at the moment. He was seeing results like crazy and it was changing the way he interacts with his leads.

He also clued me in to an incredible tool that essentially turned his Facebook Messenger into an email... 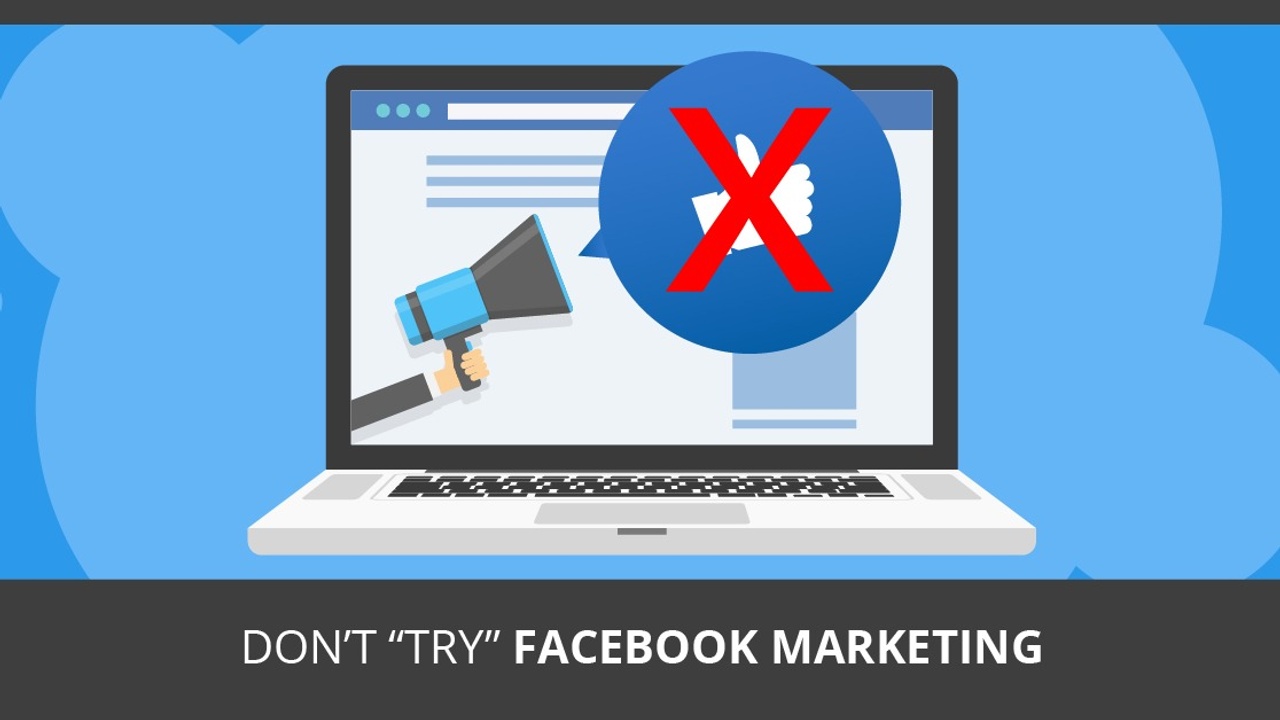 The other day, I decided I wanted a six-pack.

Maybe it was the movie star Chris Hemsworth film I watched recently, but I just woke up and thought, “yep, I think the time’s right for me to rock some washboard abs.”

So I did what any card-carrying gym newbie would do:

I put on my best Under Armour workout gear. Did 200 crunches. And even made an egg white protein smoothie, to really up the ante.

The next day, I pulled up my t-shirt and looked in the mirror, excited and ready to see rippling abs smiling back at me.

So you can imagine my disappointment when all I saw…was my regular stomach.

No six-pack. No Hugh Jackman-level muscles. Not even a golden tan.

So, clearly…going to the gym doesn’t work, right?

Okay, that didn’t actually happen. But it would be pretty silly of me to make that conclusion after trying just one gym session, wouldn’t...

Get 87% cheaper leads at the base of The Buyer’s Pyramid. Here’s how. 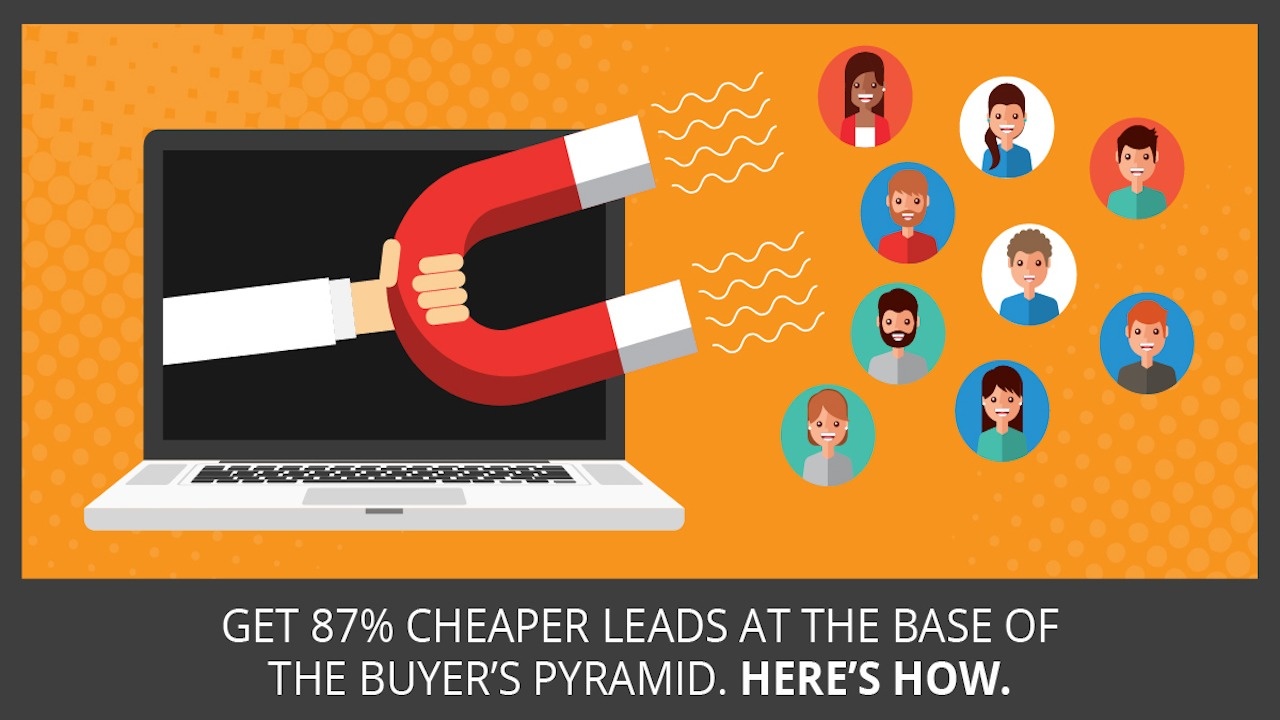 We’ve been talking about The Buyer’s Pyramid and how most business owners are only reaching 3% of the market with their messaging.

That’s why modern marketing can be such a bloodbath.

Let’s say your market is about 10,000 people. That might sound pretty big…until you realise that most marketing is targeted at only 3% of that (or 300 people).

Your market’s gone from 10K to 300 people. And because almost ALL of your competitors are targeting that same small group, it starts to feel like everyone’s shouting louder and louder in the same room.

But what if you could flip the tables?

What if, instead of aiming at the same group everyone else is, you shifted your focus to the rest of the market that’s currently unserved?